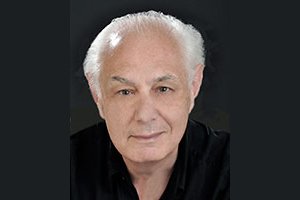 Bob Levine is a founder of Levine Plotkin & Menin, LLP.  He stepped down from the firm’s daily practice in 2014, but he continues to advise the firm and its clients on literary projects and other matters on a case-by-case basis.

Bob’s practice has spanned over forty years, and he has represented clients in virtually all major areas of the media/entertainment industry. He has particular expertise in the publishing industry, where he has acted both as an attorney and as a literary agent for many celebrated authors, and has provided strategic counseling on the development, purchase and sale of literary and magazine properties. He has also negotiated employment agreements for prominent media figures, many of whom have been clients of the firm for many years.

Bob possesses an in-depth expertise of the film and television industry.  He produced the motion picture That Championship Season, based upon the Pulitzer Prize-winning play.

He has led workshops at the San Miguel Writers’ Conference, including, most recently, a session on the electronic book revolution and the rise of self-publishing as a viable alternative to traditional publishing.

His practice has been characterized by a humanistic approach to business and professional relationships.